This is the third post in a series explaining my view that we could be in the most important century of all time. (Here's the roadmap for this series.)

When some people imagine the future, they picture the kind of thing you see in sci-fi films. But these sci-fi futures seem very tame, compared to the future I expect ...

The future I picture is enormously bigger, faster, weirder, and either much much better or much much worse compared to today. It's also potentially a lot sooner than sci-fi futures: I think particular, achievable-seeming technologies could get us there quickly.

This piece is about digital people, one example1 of a technology that could lead to an extremely big, fast, weird future.

To get the idea of digital people, imagine a computer simulation of a specific person, in a virtual environment. For example, a simulation of you that reacts to all "virtual events" - virtual hunger, virtual weather, a virtual computer with an inbox - just as you would. (Like The Matrix? See footnote.2) I explain in more depth in the FAQ companion piece.

The central case I'll focus on is that of digital people just like us, perhaps created via mind uploading (simulating human brains). However, one could also imagine entities unlike us in many ways, but still properly thought of as "descendants" of humanity; those would be digital people as well. (More on my choice of term in the FAQ.)

Popular culture on this sort of topic tends to focus on the prospect of digital immortality: people avoiding death by taking on a digital form, which can be backed up just like you back up your data. But I consider this to be small potatoes compared to other potential impacts of digital people, in particular:

I think these effects (elaborated below) could be a very good or a very bad thing. How the early years with digital people go could irreversibly determine which.

I think similar consequences would arise from any technology that allowed (a) extreme control over our experiences and environment; (b) duplicating human minds. This means there are potentially many ways for the future to become as wacky as what I sketch out here. I discuss digital people because doing so provides a particularly easy way to imagine the consequences of (a) and (b): it is essentially about transferring the most important building block of our world (human minds) to a domain (software) where we are used to the idea of having a huge amount of control to program whatever behaviors we want.

Much of this piece is inspired by Age of Em, an unusual and fascinating book. It tries to describe a hypothetical world of digital people (specifically mind uploads) in a lot of detail, but (unlike science fiction) it also aims for predictive accuracy rather than entertainment. In many places I find it overly specific, and overall, I don't expect that the world it describes will end up having much in common with a real digital-people-filled world. However, it has a number of sections that I think illustrate how powerful and radical a technology digital people could be.

This is a piece that different people may want to read in different orders. Here's an overall guide to the piece and FAQ:

I expect many readers will have trouble engaging with this until they see answers to some more basic questions about digital people. Therefore, I encourage readers to click on any questions that sound helpful from the companion FAQ, or just read the FAQ straight through. Here is the list of questions discussed in the FAQ:

How could digital people change the world?

Like any software, digital people could be instantly and accurately copied. The Duplicator argues that the ability to "copy people" could lead to rapidly accelerating economic growth: "Over the last 100 years or so, the economy has doubled in size every few decades. With a Duplicator, it could double in size every year or month, on its way to hitting the limits."

Digital people could create a more dramatic effect than this, because of their ability to be sped up (perhaps by thousands or millions of times)3 as well as slowed down (to save on costs). This could further increase both speed and coordinating ability.4

Another factor that could increase productivity: "Temporary" digital people could complete a task and then retire to a nice virtual life, while running very slowly (and cheaply).5 This could make some digital people comfortable copying themselves for temporary purposes. Digital people could, for example, copy themselves hundreds of times to try different approaches to figuring out a problem or gaining a skill, then keep only the most successful version and make many copies of that version.

It's possible that digital people could be less of an economic force than The Duplicator since digital people would lack human bodies. But this seems likely to be only a minor consideration (details in footnote).6

Today, we see a lot of impressive innovation and progress in some areas, and relatively little in other areas.

For example, we're constantly able to buy cheaper, faster computers and more realistic video games, but we don't seem to be constantly getting better at making friends, falling in love, or finding happiness.7 We also aren't clearly getting better at things like fighting addiction, and getting ourselves to behave as we (on reflection) want to.

Digital people could change this. It could address what I see as perhaps the fundamental reason social science is so hard to learn from: it's too hard to run true experiments and make clean comparisons.

Today, if we we want to know whether meditation is helpful to people:

But in a world with digital people:

The ability to run experiments could be good or bad, depending on the robustness and enforcement of scientific ethics. If informed consent weren't sufficiently protected, digital people could open up the potential for an enormous amount of abuse; if it were, it could hopefully primarily enable learning.

Virtual reality and control of the environment

One could say the historical role of science and technology is to give people more control over their environment. And one could think of digital people almost as the logical endpoint of this: digital people would experience whatever world they (or the controller of their virtual environment) wanted.

This could be a very bad or good thing: 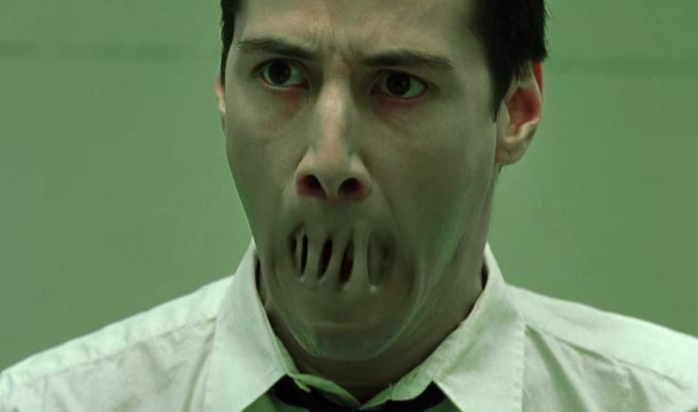 Bad thing. Someone who controlled a digital person's virtual environment could have almost unlimited control over them.

Good thing. On the other hand, if a digital person were in control of their own environment (or someone else was and looked out for them), they could be free from any experiences they wanted to be free from, including hunger, violence, disease, other forms of ill health, and debilitating pain of any kind. Broadly, they could be "free from material need" - other than the need for computing resources to be run at all.

It might reach the point where they needed to build spaceships and leave the solar system in order to get enough energy, metal, etc. to build more computers and enable more lives to exist.

Settling space could be much easier for digital people than for biological humans. They could exist anywhere one could run computers, and the basic ingredients needed to do that - raw materials, energy, and "real estate"11 - are all super-abundant throughout our galaxy, not just on Earth. Because of this, the population of digital people could end up becoming staggeringly large.12

In today's world, we're used to the idea that the future is unpredictable and uncontrollable. Political regimes, ideologies, and cultures all come and go (and evolve). Some are good, and some are bad, but it generally doesn't seem as though anything will last forever. But communities, cities, and nations of digital people could be much more stable.

First, because digital people need not die or physically age, and their environment need not deteriorate or run out of anything. As long as they could keep their server running, everything in their virtual environment would be physically capable of staying as it is.

Second, because an environment could be designed to enforce stability. For example, imagine that:

Alternatively, "digital correction" could be a force for good if used wisely enough. It could be used to ensure that no dictator ever gains power, or that certain basic human rights are always protected. If a civilization became "mature" enough - e.g., fair, equitable and prosperous, with a commitment to freedom and self-determination and a universally thriving population - it could keep these properties for a very long time.

I'm not aware of many in-depth analyses of the "lock-in" idea, but I elaborate further on this idea here. (Additionally, here are some informal notes from physicist Jess Riedel.)

Would these impacts be a good or bad thing?

My take on a future with digital people is that it could be very good or very bad, and how it gets set up in the first place could irreversibly determine which.

Next in series: This Can't Go On