Asking whether life was better in hunter-gatherer times, I wrote: “I haven't found anything that looks like systematic data on pre-agriculture mental health or subjective wellbeing.”

Thanks to commenter Tsunayoshi for linking to some! Subjective Happiness Among Polish and Hadza People is a 2020 study, reporting1 on a survey of 145 people from the Hadza hunter-gatherer society using a four-question oral survey on happiness (the Subjective Happiness Scale - see footnote for the four questions2). The results are then compared to a comparison sample of 156 Polish participants (who were asked the same questions), with the conclusion that the Hadza report significantly higher happiness.

The study also provides a table comparing the Hadza result to happiness scores from a number of other studies: 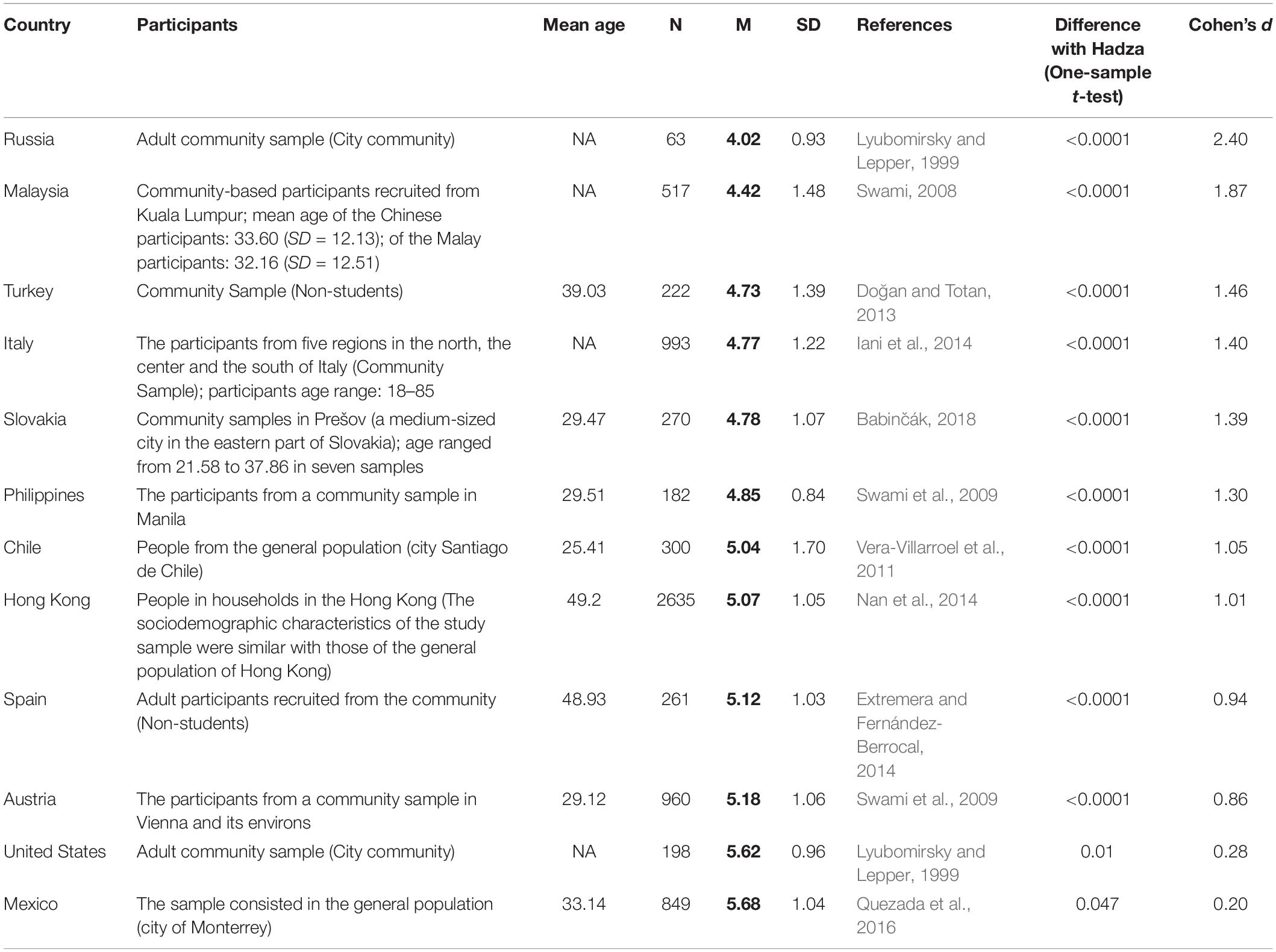 At an average happiness score of 5.83 on a 7-point scale, the surveyed Hadza outscore all of the other societies examined!

All else equal, this is evidence for the “pre-agriculture Eden” hypothesis that I have expressed skepticism about: perhaps, despite seemingly worse health, hunger, and violence, hunter-gatherers are/were significantly happier than people in the modern world.

From my skim, I don't have any issues with the paper itself. It looks well done. However, there are a number of things that make me skeptical that "hunter-gatherers are happier" would hold up to a more extensive research program:

At that point, I think we’d be looking at a potentially hugely important area of research, and it would be worth dramatically raising investment to try to understand why such differences might exist (particularly given the seemingly poor nutrition and health of hunter-gatherer societies). For example, people living modern lifestyles could be recruited to try imitating different aspects of hunter-gatherer lifestyles, to see whether these produce a boost in happiness.

The kind of study I've linked here seems relatively straightforward to conduct, as studies go: it doesn’t require the researchers to enforce unusual policies or interventions, and it doesn’t require trying to unravel questions about causality. It seems to me that further studies like this would be very worth pursuing (and that it’s too bad this appears to be the only study of its kind to date - though if you know of more, please let me know)!