This piece is about the single activity ("minimal-trust investigations") that seems to have been most formative for the way I think.

Most of what I believe is mostly based on trusting other people.

I think it's completely reasonable to form the vast majority of one's beliefs based on trust like this. I don't really think there's any alternative.

But I also think it's a good idea to occasionally do a minimal-trust investigation: to suspend my trust in others and dig as deeply into a question as I can. This is not the same as taking a class, or even reading and thinking about both sides of a debate; it is always enormously more work than that. I think the vast majority of people (even within communities that have rationality and critical inquiry as central parts of their identity) have never done one.

Minimal-trust investigation is probably the single activity that's been most formative for the way I think. I think its value is twofold:

In this piece, I will:

The basic idea of a minimal-trust investigation is suspending one's trust in others' judgments and trying to understand the case for and against some claim oneself, ideally to the point where one can (within the narrow slice one has investigated) keep up with experts.2 It's hard to describe it much more than this other than by example, so next I will give a detailed example. 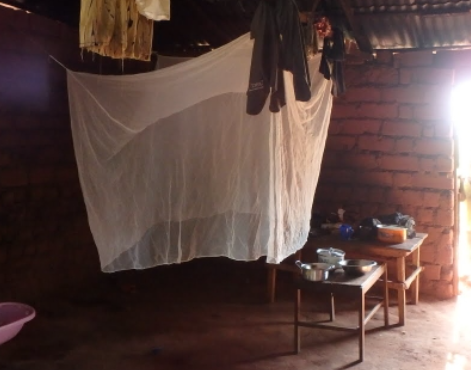 I'll start with the case that long-lasting insecticide-treated nets (LLINs) are a cheap and effective way of preventing malaria. I helped investigate this case in the early years of GiveWell. My discussion will be pretty detailed (but hopefully skimmable), in order to give a tangible sense of the process and twists/turns of a minimal-trust investigation.

Here's how I'd summarize the broad outline of the case that most moderately-familiar-with-this-topic people would give:3

First, I read the Cochrane review in its entirety and read many of the studies it referenced as well. Some were quite old and hard to track down. I learned that:

This opened up a lot of further investigation, in an attempt to determine whether modern-day LLIN distributions have similar effects to those observed in the studies.

My current (now outdated, because it's based on work I did a while ago) understanding of LLINs has a lot of doubt in it:

But all in all, the case for LLINs holds up pretty well. It's reasonably close to the simpler case I gave at the top of this section.

For GiveWell, this end result is the exception, not the rule. Most of the time, a minimal-trust investigation of some charitable intervention (reading every study, thinking about how they might mislead, tracking down all the data that bears on the charity's activities in practice) is far more complicated than the above, and leads to a lot more doubt.

Other examples of minimal-trust investigations

Some other domains I've done minimal-trust investigations in:

And I wish I had time to try out minimal-trust investigations in a number of other domains, such as:

Minimal-trust investigations look different from domain to domain. I generally expect them to involve a combination of "trying to understand or build things from the ground up" and "considering multiple opposing points of view and tracing disagreements back to primary sources, objective evidence, etc." As stated above, an important property is trying to get all the way to a strong understanding of the topic, so that one can (within the narrow slice one has investigated) keep up with experts.

I don't think exposure to minimal-trust investigations ~ever comes naturally via formal education or reading a book, though I think it comes naturally as part of some jobs.

Trusting arguments. Doing minimal-trust investigations in some domain helps me develop intuitions about "what sort of thing usually checks out" in that domain. For example, in social sciences, I've developed intuitions that:

Trusting people. When trying to understand topic X, I often pick a relatively small part of X to get deep into in a minimal-trust way. I then look for people who seem to be reasoning well about the part(s) of X I understand, and put trust in them on other parts of X. I've applied this to hiring and management as well as to forming a picture of which scholars, intellectuals, etc. to trust.

There's a lot of room for judgment in how to do this well. It's easy to misunderstand the part of X I've gotten deep into, since I lack the level of context an expert would have, and there might be some people who understand X very well overall but don't happen to have gotten into the weeds in the subset I'm focused on. I usually look for people who seem thoughtful, open-minded and responsive about the parts of X I've gotten deep into, rather than agreeing with me per se.

Over time, I've developed intuitions about how to decide whom to trust on what. For example, I think the ideal person to trust on topic X is someone who combines (a) obsessive dedication to topic X, with huge amounts of time poured into learning about it; (b) a tendency to do minimal-trust investigations themselves, when it comes to topic X; (c) a tendency to look at any given problem from multiple angles, rather than using a single framework, and hence an interest in basically every school of thought on topic X. (For example, if I'm deciding whom to trust about baseball predictions, I'd prefer someone who voraciously studies advanced baseball statistics and watches a huge number of baseball games, rather than someone who relies on one type of knowledge or the other.)

I think minimal-trust investigations tend to be highly time-consuming, so it's impractical to rely on them across the board. But I think they are very useful for forming intuitions about what/whom/when/why to trust. And I think the more different domains and styles one gets to try them for, the better. This is the single practice I've found most (subjectively) useful for improving my ability to understand the world, and I wish I could do more of it.

Next in series: Learning By Writing